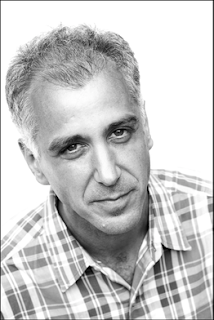 Today on the Director’s Blog we feature a remarkable interview with prolific writer and MFA faculty member Adam Braver, who teaches Thesis I and II in the program.  Here, Adam talks about his literary activism, the links between literature and intellectual and moral freedom, and his own writing and editing practice.

How do you define “literary citizenship,” and why do you think it is important? How has it informed your writing and teaching?
This is a term that is being used in many contexts. For me, it means remembering that you are a part of a community of artist-writers, and as members of that group we have a responsibility to support one another—especially those around the world who battle censorship, threat to life, and worse in order to be able to make their art and/or express themselves. Because of the process of writing and making art, there is a tendency for writers to become self-involved, and a temptation to see writing solely as a business venture or as a path to recognition. Of course, that is part of the business of being in the arts, although it should not be the reason to be in the arts—that should be about the drive to make art. So imagine you live in a society where the State tells you can’t make art, or at least that kind of art? Imagine you are sent to jail because a censor believes the metaphor in your poem insults the country’s leadership. Or imagine that your family is constantly harassed because you offer a historical narrative that runs counter to the narrative the current government is promoting. Where I am going with this is that for our art I believe we have to find a method to support ways to get that art out all over the world.

There are numerous things one can do to help support that: read works of people in translation, follow NGOs such as Scholars at Risk, PEN, Amnesty, etc., and sign their petitions regarding writers and intellectuals who are being persecuted, and encourage others to do so. That’s a good start, to my thinking. I don’t know how it informs my writing, per se, other than it reminds me how lucky I am at all times to have the freedom to make art, and that with that luxury I never should take it lightly; it reminds me to work hard, to parse every word, every sentence, every everything—all because I am free to do that, and to take it lightly is to disregard my fellow writers around the world who are being persecuted for doing as much. On a more practical level, I also have been editing a series for the University of New Orleans Press that tells firsthand accounts of some writers/thinkers who have been persecuted for their writings. And in the classroom, I try to encourage and suggest works in translation (even if they are not necessarily from threatened countries, just to remind student-writers that the art form they are aspiring to become part of is part of a worldwide community, and that they should be involved in that conversation, if nothing else than to learn and see how others with different worldviews are approaching their art.) And with students, it is something I can talk about, as I am doing here, encouraging them to find their own ways to create literary citizenship, and as artist-writers to think of themselves as being part of a community beyond one that solely is about monetizing and self-aggrandizement. It’s a big responsibility. One that should never, never be forgotten.

Can you tell us about your path to becoming a writer? 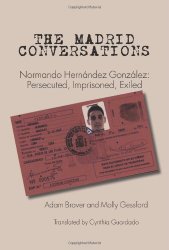 I grew up an only child, and spent a lot of time with my imagination, which, because I loved language, began to manifest itself through the written word. I also was a voracious reader (I don’t know a single writer who wasn’t/isn’t), and eventually that both inspired and intimidated me about writing. I mean, who could even imagine doing what I was reading in these moving and meaningful and artful books? I got a little more serious about the study of it in my mid-twenties, eventually going into an MFA program. A couple of stories were published in literary journals, which then were seen by an agent, eventually leading to my first book. It sounds brief, as I write this, but it was many, many years of day in and day out writing and rewriting and revising. It was years of thinking that nothing would ever come of it—only driven by some small successes and, most importantly and foremost, my love of making art with language. I still feel as though I am always learning and studying my form. I still get excited and inspired to try techniques I see in a book. I’m still willing to fail. And I’m still willing to spend years on something, if it means getting it right.

Nature, art, music, history are just some of the things that inspire and influence writers.  What inspires you?
What most inspires me is trying to understand and engage in the nature of human consciousness. What are those things that make us human? What does it mean to be alive in a certain moment of time, or a certain moment of one’s life? What are the chasms between public personas and private thoughts? What are the moral conflicts between self-interest and the greater good? What are the conflicts between being driven both by hubris and fear? Those kinds of questions that only can be got at through exploring human consciousness. It’s what I like to read, and it’s what I like to explore in my art.

I think too many young writers (and I don’t mean age here) are driven purely by the plot or events of their narrative. They think that the story or the narrative of the life experience is the only or most important part of their pieces. I see that all as a vehicle to exploring what it means to be human. So, to that end, I have drawn from history, from my own experiences, from stories I’ve heard, etc. But never once has my objective been to use my narrative as a way to retell history or a personal experience—it always has been an in that allows me to explore some level of humanity that I hope extends beyond me or the people/characters in the narrative.

What do you most enjoy about teaching Thesis I and II?
Last year, I most enjoyed watching the narratives become shaped and fully realized. Most of the students came into the year with their stories fairly set, and an idea or notion of how they would tell them. Quite often, once the work began, that planning only got them so far, despite all their focus and dedication. It was quite moving to watch the narratives become more artful, in terms of structure, but also in terms of allowing in more of the moral and emotional complexities that allowed for a reader to become a participant in the narrative, as opposed to having someone tell you her story (see above question). Also, I very much enjoyed the one-to-one engagement, seeing students willing to take risks, fail and succeed, work ridiculously hard, and ultimately allow me a front row seat to watch their theses blossom.

What are you currently at work on?
I am finishing editing a book for the University of New Orleans series. It tells the stories of three Syrian scholars who were persecuted and exiled for their intellectual ideas, writings, and/or art. I am also at work on a new book—but not quite ready to talk about that yet.

Posted by Leanna James Blackwell at 11:28 AM No comments: