Own Your Story: My Day in the Listening Booth 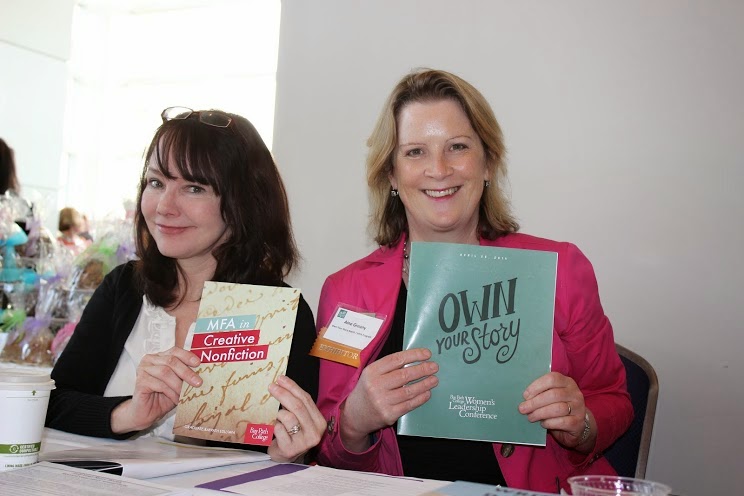 Two weeks ago Friday, I found myself standing behind a black curtain in a tiny recording booth on the second floor of a convention center in downtown Springfield.   A microphone stands between me and the woman sharing the booth with me – someone I’ve never met before, but who is about to tell me about a signal event in her life. She has never told this story before.  Her friends haven’t heard it; her family knows nothing about it.   “Begin,” says the sound engineer, sitting outside the booth with giant headphones and a tangle of recording equipment.  We take a breath, looking at each other, and she begins to speak.  Five minutes later we emerge from the booth electrified, connected to each other by the powerful current of her story.  During those few minutes, in the sanctified darkness of the recording booth, she was the storyteller and I was her listener, bearing witness to the most intimate details of her life.  And then it was over.  We embraced and she was gone.  But she left her story with me and it’s now a part of my consciousness, something I’ll carry with me as a memento of our human connection, like a tiny, gleaming stone in my pocket.

Along with my colleagues Aine Greaney and Tommy Shea, I repeated this experience over and over again that day in my role as “story coach” at a Record Your Story booth, a project inspired by National Public Radio’s StoryCorps.   We were there as part of Bay Path College’s annual Women’s Leadership Conference, which this year featured the groundbreaking journalist Barbara Walters.  The theme of the conference, “Own Your Story,” is a directive I take seriously as a writer and as director of an MFA program in creative nonfiction.   Apparently 2,000 other women (and men) felt the same way, filling the convention center and lining up at the recording both.
For nine hours straight, Aine and Tommy and I took turns as interviewers, hearing deeply felt, passionately told stories (in some cases, in a whisper) about divorce, coming out as gay, losing a mother or father, going back to school in middle age, surviving cancer, being mentored by a caring grandmother, tending to a child with a life-threatening illness, escaping domestic violence, starting a business to help other women. 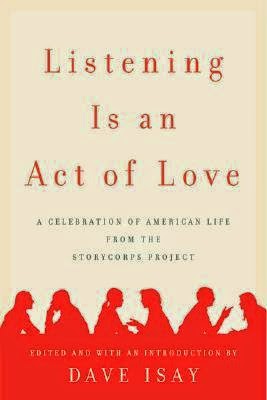 When the day ended, were too full to speak.  We didn’t need to.  We knew what we had witnessed: the power of story and the way it transcends the common, everyday barriers between people.  It was a privilege to bear witness to these stories, a rare gift of human connection in the midst of our busy, turn-up-the-volume, media-saturated world -  a world full of frightening news and sometime savage judgment, where mockery often takes the place of empathy.  It’s so easy to stand in judgment of another person, so much harder to do so when you suddenly learn the private story, the quiet heartache or secret joy beneath the public face. Is it possible to “love” a stranger?  Dave Isay, founder of StoryCorps,  believes it is and published a book about it: Listening is an Act of Love.  Last Friday, I knew exactly what he meant.

This “listening love” is something I experience as a reader as well.  I feel it every time I read a painfully honest essay or personal reflection, a short story that takes a risk, a novel that shines a light into the hidden crevices of human experience.   Reading good literature, I’m invited into people’s lives, into their unseen thoughts and complicated hearts.  As a writer, I extend – or try to – the same invitation to my readers.   I try to get down to the truths that lie beneath every memory, idea, experience, even (maybe especially) those that reveal the unpolished self.  The self that isn’t always striding jauntily into the office in the morning, cellphone buzzing and briefcase swinging (actually, I don’t have a briefcase).  The self that is capable of jagged, irrational thoughts and moments of blind panic.   The self, for example, that is trying to imagine, and can’t, what this Sunday will be like – the first Mother’s Day without my mother.

As I wait for Sunday to come, I read –what else?  - stories.  Stories that will give me honest truths about what it means to be alive when someone I love isn’t.  About the way it’s still possible to rejoice in something very small (my young daughter bringing me a glass of water at night when she heard me awake, my husband getting up early to fill my car with gas).  Stories like Kate Whouley’s beautiful essay, “My Mother Taught Me It’s Okay to Forget,” about helping her elderly mother remember not only who she once had been, but what warm clothes are for:  “I told her stories of good times, reminded her of former glories. She would smile, nod, express admiration for her younger self and her achievements, which were not inconsiderable. Remembering is what I did for my mother—not just the big life-event sort of remembering, but the putting-on-a-coat-because-it’s cold outside remembering, too. It’s the second kind of remembering—the kind that is actually harder on everybody.” 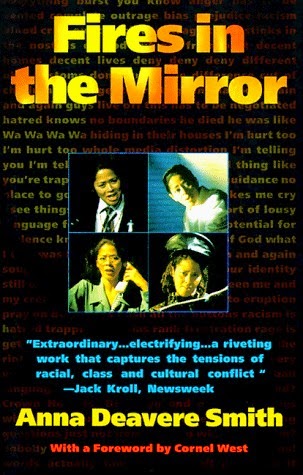 Anna Deveare Smith is playwright and “collector” of community stories, author of the play and book Fires in the Mirror, the first part of an ongoing project called On the Road: A Search for the American Character.  Written as a series of monologues condensed from personal interviews with 26 people in a Brooklyn neighborhood riven with racial violence, the piece explores the myriad ways in which people signal their identities, think about people from different cultures, and try (or don’t) to overcome barriers.  "My sense is that American character lives not in one place or the other," Smith writes in her introduction to the play, "but in the gaps between the places, and in our struggle to be together in our differences."

I taught a course on Smith’s work at John F. Kennedy University in California, in which students conducted interviews with people from backgrounds different from theirs, transcribed the interviews, and then performed the speech for the class in character as that person.  An African-American student performed as her reserved white mother-in-law.  A star athlete performed as his disabled friend, a young man with cerebral palsy.  A Jewish woman and feminist activist performed as her lab colleague, a conservative Palestinian woman.  It was an exercise in exploring voice, expanding one’s sense of the world, and submitting to what I call the “shock of empathy” - that second when every good reason to judge the person in front of you is washed away.  Letting go of that judgment, is to my mind, essential to being a good writer. 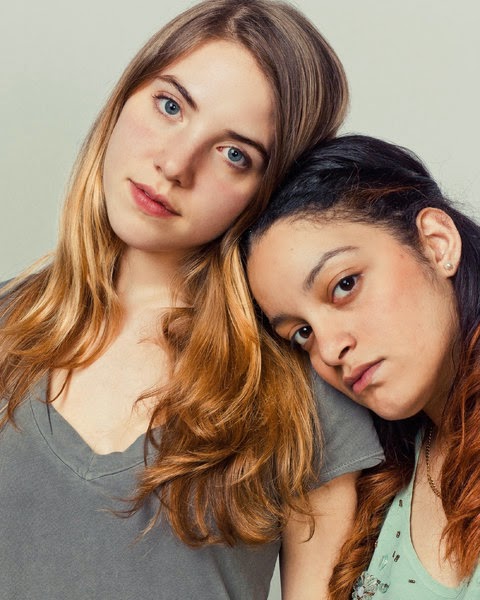 Interestingly, I just read a feature article in last Sunday’s New York Times Magazine, about students from two very different schools in New York City, one private and privileged, the other public and struggling, who took Deveare’s idea a step farther.  Students interviewed a stranger from the rival school in partners, transcribed their partner’s answers, and then performed the results as a speech , in character, in the presence of the person they had interviewed.   A powerful experiment, which turned out to be yet another testament to the healing power of stories.  Maybe not enough to  tear down an entire wall of mutual mistrust. But enough – more than enough – to open the door.


Posted by Leanna James Blackwell at 6:05 PM No comments: