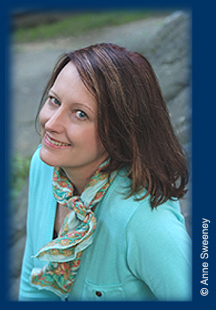 As part of our faculty interview series, today we are pleased to feature a Q & A with MFA instructor Kate Whouley, winner of the New England Book Award for her memoir Remembering the Music, Forgetting the Words. Kate teaches Mentorship Lab I, II, and III, along with our two-semester professional track course in publishing. Here Sandy Chmiel asks Kate questions about her writing practice, her music, and her philosophy of teaching.

Will you tell us about your path to becoming a writer?
My crooked path runs from reader to writer, with a lot of weird and wonderful attractions along the way.  My mother was a high school English teacher, and when I was a kid, I read whatever was around the house—a lot of great literature that was not necessarily age-appropriate.  I wanted stories to last indefinitely, and in third grade, I vowed to write sequels to all of Alcott and Dickens. (Note: Steinbeck, Salinger, Joyce Cary and F. Scott Fitzgerald are better saved for later years.) My grandmother, a proud Book-of-the-Month Club member and an executive secretary, wrote poetry on her Selectric typewriter, and my mother was routinely published in educational journals.  Still, I grew up with no awareness of writing as a career option.  It  took me twenty or so years of writing radio ads, catalogue copy, custom song lyrics,  greeting cards, feature articles, a magazine column and a handful of professional publications—all, while working in the book business—before I began to see the pattern—and a path to the first book of my own.

Readers learn that you also have a musical life in your second book, Remembering the Music, Forgetting the Words. Does playing music inform your creativity as a writer?  And what else, besides writing and music, are you passionate about?

In my mind, passion fuels commitment, and I would say I am a committed musician and writer.  The musical way is all about practice and showing up, approaching each session with the intention to improve, to move toward mastery. That musician’s capacity to repeat a line or a phrase until the playing becomes effortless is invaluable to me in my writing practice—and I use my musician’s ear to test for pacing and rhythm in my prose.  Musical performance, meanwhile, demands a deep immersion in the moment—blocking out past and present in favor of the now.  When I am writing, I am happiest when I am a human-zoom:  with a close-up focus on the work and a conscious letting-go of the demands of the world beyond the writer’s room.

You are currently teaching two courses: Introduction to Publishing and Mentorship Lab.  Can you give us an example of an interesting project you are doing in one of these courses?

We’re having a lot of excitement in my Intro to Publishing course, where we have been hosting distinguished guests from the worlds of book and periodical publishing.  But I think the most interesting project in that class has been made possible by the gracious participation of Beacon Press. Each student has been assigned a contact at Beacon who plays a particular role in the publication process. After prepping for and conducting one-on-one interviews, students have been sharing their learning in three ways: on blog posts, in 5-10 minute audio/video presentations called Flash Seminars, and finally, in edited Q&A’s that would be suitable for magazine publication.

What do you do to make the online environment more dynamic?
To my mind, the challenge in a “virtual” MFA program is to create and sustain a supportive writing community that feels real, tangible, human.

I have always been tuned into the variety and distinctive cadences of our spoken language, and I love using audio online. (This may also be related to the musical background.)  In my Lab courses, I ask my students to read their work—and sometimes, the work of others—aloud, as a way of hearing what they may not see in reading or re-reading silently.   I also make a lot of audio announcements, and ask students to submit certain assignments as audio or video presentations. As powerful as I believe the written word to be, I feel that hearing each other’s human voices helps us connect more deeply and to engage more thoroughly in an online classroom setting.

What do you like best about teaching in Bay Path’s MFA program?
I love the students! They are inspiring in their dedication, their enthusiasm, and their readiness to learn and grow as writers.

Posted by Leanna James Blackwell at 9:25 AM No comments: 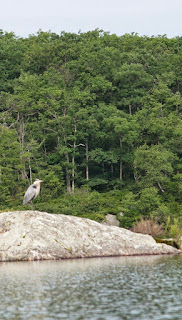 This week on the blog we are pleased to feature an essay by MFA student Mary Warren Bartlett. A student in Rita Ciresi's Mentorship Lab I course, Mary Warren wrote this beautiful piece as a response to an assignment to reflect on an ecosystem around her.
Riga
The trees look to the sky for sun and rain, and hold the rocks snugly in place with their roots. The rocks form a circle to cradle the lake.  A few rocks pop up in the middle of the water, form an island, grow a tree, and invite the ribbonsnake and a Little Blue Heron to stay. The heron snaps dragonflies out of the air, pilfers the snake’s eggs from its nest, and plucks fish out of the lake. The lake holds fish: sunfish, perch, pickerel, small mouthed bass, and at the bottom, in the cool mud, the bullheads. Gliding by the bullheads are the snapping turtles, some as big as trash can lids, and the smaller painted turtles. Snappers will eat the heads and guts of fish we toss in the lake after cleaning, before we bread and fry the silvery fillets.
If we leave our dinner plates in the lake to soak – too lazy to wash them before bed - bullheads will eat our scraps in a sort of animated rinse cycle. The fish look in the mud for worms, on the stems of lilies for algae, and swim toward the surface to nab mosquitoes.
Spiders, making webs on the branches of trees, or across the seat of our canoe, catch flies. Dragonflies, my favorite, eat anything they can, and quickly, out-maneuvering others on the fly. Snakes eat mice, earthworms, and frogs. Mosquitoes bite us.
Catbirds, complaining from the bushes, gobble flies out of the air and worms from the soil.  They, the bears and we all eat the blueberries.  White-tailed deer, standing at the water’s edge, dine on leaves, berries, acorns and in leaner times, evergreen boughs.
My father hangs an upside down bottle of sugar water on the back deck, between his begonias, for the hummingbirds. Ants try to get in on this treat, but a ring of Vaseline is their end. The ants not on the hummingbird feeder are inside the cabin walls, eating the beams from the inside out.
The bobcat, mysteriously slinking through the night, eats mice, fish, insects and even my grandmother’s favorite, the Canada goose, to whom she feeds cracked corn. The goose poops on her lawn in gratitude.  A brown bear, seldom seen, lumbers over a mountain peak pulling whole branches of blueberries into its mouth and spitting out twigs. He will also eat almost anything else I’ve named.
We sit in our cabin off the grid, by gas and candle-light, with our castile soap, sure that the animals appreciate the lack of lather and motor oil in the lake. The truth is that they don’t know any other lake, oil or soap, because as a community we have agreed, incorporated and mandated loving care of our lake, land, flora, and fauna.
Only we know there is another way, as we pack up, climb into cars and trucks, slam doors, turn keys, and roll down off the mountain to join other societies each October. And count the days until May.

Posted by Leanna James Blackwell at 9:58 AM No comments:

For our guest post this week, we are pleased to feature a clever essay by second-year MFA student Anne Pinkerton. Anne wrote this piece for Kate Whouley's course, "Introduction to Publishing," and in it she gives us a whole new way of looking at the term "running head." 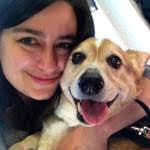 The term running head conjures odd images for me. Immediately, I think in literal terms of a cartoonish, disembodied human head with disproportionately small legs fleeing a scene. Maybe a little like Mr. Potato Head if he were really on the go, though in my mind’s eye, he is always just standing around.
Running head also makes me think of racing thoughts, a chronic condition I suffer from. It’s got an anxious angle, this term – it sounds like too much on the brain plus rushing, an equation for stress. That reaction tells you a bit about me.
The actual meaning is quite different. It’s downright calm and very helpful: Text at the top of a standard book page that usually contains book, chapter or section title information. So “running” simply refers to ongoing—as in, happening throughout a book—and “head” just describes the positioning on the page. As a part-time graphic designer, I’m surprised not to know this term already. I’ve always called it a page header! But I’ve only officially laid out one long-form book, and I just made it up as I went along. Because I’m creative. Translation: fraud.
Anyway. Terminology. Upon further research, running head has poetic possibilities. One book design site refers to the “atmosphere you can create with running heads.” I love this, as any designer would, because it implies (correctly) that the look and feel of a layout, including font face and size, spacing, margins, location of page numbers, etc. all have an impact on how the actual text comes across. They help shape the way the story is presented overall.
Running head also plays a critical role in orientation. A reader often puts down a book, with or without marking his or her spot, and has to figure out where they left off when they open it back up again. The running head tells them in which chapter they have landed and maybe the section and page number too, and could include the author’s name and/or book title as well (just for reinforcement, I guess). It’s all kind of like a little icon on a map saying: “You are here.”
Running heads are not to be used for chapter openings, table of content pages and the like, because hopefully you know where you are at that moment from actual titles. (If you don’t, there may be larger concerns to consider.) Anything else, longer than one page, is apparently supposed to have running heads, if the body of the book is set up that way. There are rules.
So, running head is a marriage of form and function, one of my favorite things.


Lastly, and I really, really love this add-on from writer Joel Friedlander, “If you take the running heads off of your book pages, the pages are likely to look quite bare, like they went out and forgot to put their clothes on.” Talk about a vision of embodiment. Now I have stark naked detached heads on the brain. That’ll keep my mind racing.
Posted by Leanna James Blackwell at 7:37 AM No comments: